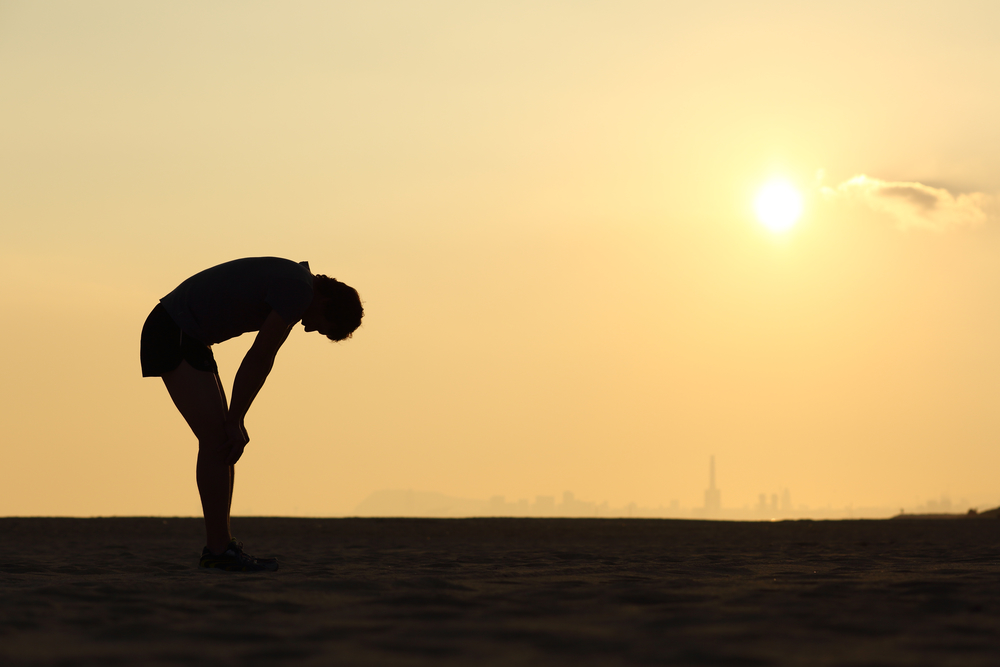 I first saw him on a Monday. In a sea of tanned toned bodies jogging or roller blading along Newport Beach’s strand he compelled my attention. He dragged his mostly unresponsive legs using canes that attached to his arm as he crossed the path to sand. Young, with dark hair a little too long to keep out of his eyes, he struggled forward. My balcony faced the sea and afforded me a Discovery Channel perspective of the Pacific Ocean and now of him. Six to eight feet into the sand he began an oval perhaps thirty feet long, out ten feet toward the ocean, north thirty feet and back round. When complete he labored across the strand to home.

The next morning, computer on my lap, coffee steaming at my side I gazed at the sea as I wrote. Into my line of sight came the young man. He positioned himself at his self-designed track and began ‘walking.’ He went round twice slowly then dragged himself home. He came out after lunch and again dinner. He added a lap a day and ditched his crutches the second week. Head down, arms outstretched for balance, his knees banged awkwardly into each other as he took step after step. When steadier, he walked lap after lap. Then he jogged. His gait improved.

I took my coffee down after his morning jog a month into his routine and engaged him in conversation. Injured horribly in an auto accident he’d been told he’d never walk again. He set out to defy those odds. He loved the sea, thought sand would be a good place to fall, took a leave of absence from his work, rented a vacation place and got to work building a track and then using it. I watched his gritty determination with wonder and then utter respect. About six weeks later, he took his shirt off and jogged until his skin slicked with sweat. He turned his head to the sky and laughed as he left the track. I never saw him again. I didn’t know his name. What a heart. What a warrior.

When John and I went to my son’s cabin on the lake to do the work of recuperation having been side-lined for over seven months due to my catastrophic eye injury, it was this young man I kept in my mind’s eye. Attempting my wobbly first ten-minute SUP (standup paddleboard) ride, my need to rest whilst I pulled weeds, my right eye yielding to the work of two and taking five, I called him up in my memory.

As I write this it has been nine months since the moment in time that changed everything. The injury is not done with me yet. But I am here. I know that the long slow climb out came with incredible medical skill, the unwavering support of all of you, and mental fortitude. In those first days my mind ricocheted from loss, to pain, to immobility, to what now? How would I manage my mind, for it would need to harness my heart from its freefall into despair, and free my brain to rewire my eye.

I believed my mind had no borders. No boundaries. That if I felt powerless, I wouldn’t make it. I filled my mind with discovery, the beauty of words written by others, stories of others who overcame much, music and your generous words of encouragement and kindness.

While my body was unable to move I did mental gymnastics of the brain. All my parts had been working right up to the time of the accident. I was in peak condition. Then parts were damaged and others reacted to trauma by mirroring the effects caused by the powerful blows my head took. For a time, I was blind in both eyes. I began an internal dialogue, thanking my body for functioning in a restorative way, for promoting healing behind the scenes. I thanked my healthy eye for being empathetic to my injured one when it too could not see. And when that sight returned, I thanked it for doing the work of both. I encouraged my ‘improving’ eye trusting my body’s ability to heal. I encouraged my body with the all-encompassing compassion and love I had given my children as they grew and went through painful experiences. My mind became the parent to my body. Lovingly.

My inner critic holds a second degree black belt in espionage. Yet even it quieted for the business of health. This accident took me right down to elemental, almost primal. Heal.

My left eye’s health improves slowly but steadily. I am considered legally blind in that eye at the moment, though we are trying to correct what limited amount of vision I do have. It is possible sight will continue to improve over the next year. I believe in possibility. Until then, we adapt into our circumstance.

I wish I would have had the wisdom to query that young man about his mental thought processes. How fascinating would that have been? But this I know. By his example, years later, I found an image, a guide. I would love to be able to tell him what he did for me then and now. But I cannot. In his honor and with gratitude to his tenacity, his strength of will, I hope to pay it forward.