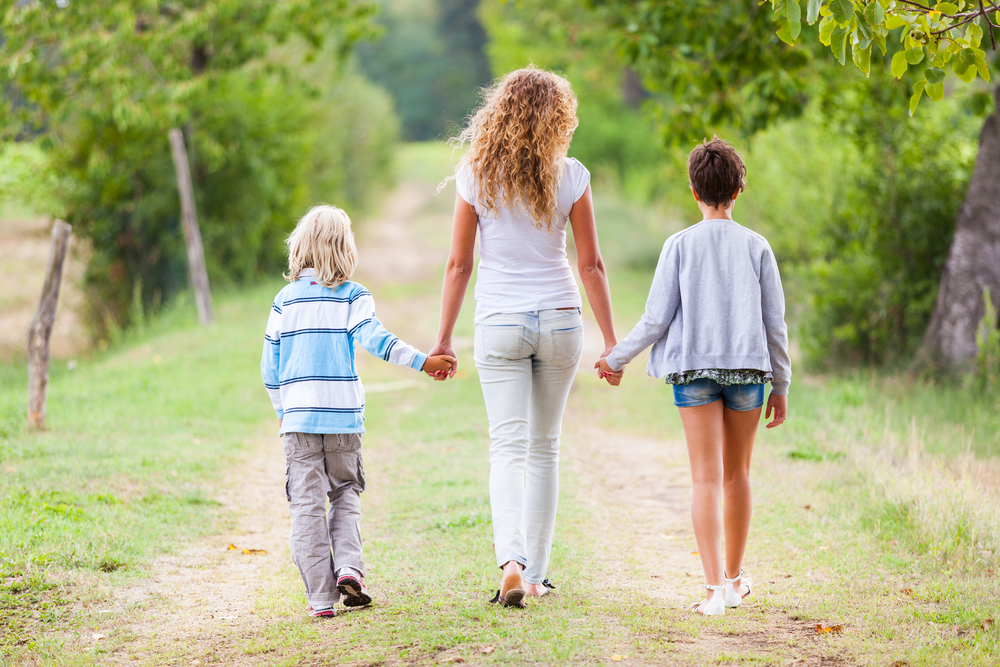 “…Though you have done nothing shameful,

they will want you to be ashamed.

They will want you to kneel and weep

And once you say you are ashamed,

reading the page they hold out to you,

then such light as you have made

in your history will leave you.

…It is only candor that is aloof from them,

only an inward clarity, unashamed,

that they cannot reach. Be ready.

When their light has picked you out

and their questions are asked, say to them,

“I am not ashamed.” A sure horizon

will come around you…

My mother said to me, “I wish to God you were mentally ill. Then there’d be an excuse for who you are.” I was thirty three and had found clarity, unashamed, as Wendell Berry writes, and by doing so kept the light alive in my history for truth’s sake. But, oh, what a cost.

I had exposed my parents in order to protect my children. For those of you who don’t know our family’s history, my father was a child molester, my mother tidied up my father’s messes by gaslighting. Sorting through the maze of opposites, ever shifting boundaries, or outright fabrication of truth experienced just moments before, became an art form. But not until one moment of clarity – unexpectedly walking in on my father playing “Tiger” with my children (always a prelude to molestation in my childhood) – that lightning bolt of truth opened a horizon of memory. Spread before me with crisp distinction was history unadorned.

Truth was a gossamer pashmina wisping on our family’s breeze. Perhaps I took to diary writing in fifth grade as an attempt to tether the elusive. I documented life by words and photos to maintain a sense of reality, without really understanding the import those snippets of truth would have later on.

It is a practice I carried throughout life, and ultimately these historic notes in a childish hand, with a child’s inability to impose filters, grounded me as I fought the toughest battle of my life; extrication from an unhealthy marriage, and the protection of my children from first my parents, and subsequently from my ex-husband. They wanted me ashamed. The wanted me to fold under the weight of their manipulations.

It was pretty easy for David, my ex, to carry on the ‘you didn’t hear what you thought you just heard’ tradition of my parents because I doubted just about everything about me. The bruises he inflicted weren’t because he intentionally hurt me, it was that I bruised easily. When I left the room after some crude joke about our sex life in front of his family, I was crazy to be so sensitive. One evening when I was putting the children to bed, the phone rang. I finished ‘one more hug,’ final glasses of water, sweet dreams rituals, and asked who called. “Called?” he said, “Nobody called.” And, damn it, I actually did a replay in my brain because he said it didn’t happen, and I was sure it had … wasn’t I? It took hearing from a girlfriend the next morning that she had called, but David said I wasn’t in, to begin to trust me. My brain. My memory.

The same sense of surety began to reassert as I sought and found confirmation of memory. I took what I called an odyssey for truth, to document the perceptions of others. Were there matches between theirs and mine? Were there significant differences between my memory and that of another? I talked with neighbors who knew us before we moved to Africa, to teachers, elders in the church, and Brownie Scout leaders. I found the living colleagues of our missionary years, and either visited them or talked by phone to them. I visited each of my sisters for fact-checking and perspective. Of course there were minor variations, in view of each lens through which the memory traveled, but surprisingly, self-doubter that I was, my core experiences were confirmed as accurate.

Then I went riskier. I talked to those who knew my soon to be ex-husband back then. I wanted their take. I wondered if it would come even close to my experience. The ‘aw shucks, toe in sand, all American boy’ was a pretty clever foil for a man with rage issues, no compunction about humiliating me physically (privately) or verbally (publically), and an arrogance that ultimately cost him the right to see his children.

I mistook so many things, which isn’t all that surprising given my background. In Scott Peck’s book People of the Lie, it was a footnote that closed the circle of doubt in me, and I began to believe my perceptions and memory. In essence, Peck wrote, when one is raised in a home that is dangerous, dangerous is ‘normal.’ So it made sense I chose another unhealthy place to take up residence – my marriage. It also makes sense that these two sets of people, my parents and my husband, would find allies in each other, and launch emotional, physical, and legal warfare, not understanding that I had found inner clarity, supported by those who were also aware.

I was wrong, therefore, in many of my perceptions. David’s utter focus upon me had felt like a warm snuggly blanket, but it was a swaddling one. I didn’t notice as the drape of it tightened, and then tightened more. I slowly let go of friends of mine. “Talking to Kate? Honey, there’s something a little off about her.” This would be said gently, with a sad half smile.

When I filed for divorce, my parents and husband teamed up to fight me. There were two levels at play. My husband, who did not want the divorce, believed he could break me by threatening our children, and my parents needed me silenced. It was a powerful alliance. My father’s IQ was off the charts. He was the mastermind, aided and abetted by my mother. Mom was the campaign manager, issuing press releases and misdirection in what her supervisor subsequently called Elaine’s ‘dust storm.’ David was the enforcer.

Perhaps the most cunningly audacious act the three of them engaged in was attempting to have me committed. It was their best option at removing me from my children. Unless you were a drug or alcohol addict, promiscuous in the presence of your children, or mentally ill, the state could not take children away from their mother. They went with option number three.

Their plan was to say I was a danger to myself, and therefore to my children. They had painstakingly ‘interviewed’ family and friends who wrote their ‘concerns.’ But the coup de grace was my mother writing a supposed review of my psychological state of mind using her supervisor’s name. Then, she stacked a dozen insurance forms to be signed by her supervising clinical psychologist along with that recommendation hidden among them. She knew how busy he was, she said to him, so this would save time. Just sign one right after the other, and she’d take care of everything. That accomplished, they only needed one more signature. My personal physician’s.

God bless that man and his intuition. He called me highly concerned that something nefarious was afoot. My husband had called my physician numerous times in the last few days voicing his distress at my deteriorating state of mind and health. My mother had just left his office unable to obtain his signature, because he sensed something was wrong – and not with me.

It was a late on a Friday afternoon. I immediately called my attorney, who asked if I could get out of town for the weekend to give her time to file a motion. As late as it was, she wasn’t sure she could get it in the system that day. “Don’t come back until you call me,” she said. I took my children and fled. The kids, of course, knew nothing of this. They thought Palm Springs was a rare treat, swimming all day, dining out. What the trio of conspirators didn’t count on (or, believe in) was the strength of clarity. Of knowing. I doubled down on determination, and got proactive.

It’s real, gaslighting. It is used by people to control. It causes you to doubt your perception of reality, like saying the phone didn’t ring, when it did. You’re crazy. It can take many forms, including intricate plans, like the attempt to have me committed. They, my father, mother and the birth father of my children wanted me ashamed. They wanted that shame to break me.

As I write this, my mother is being moved into a higher level of care. As both her physical health and her cognitive ability have declined, filters once firmly in place have faded. She is more discernably the inner woman she has always been. She still plays sibling against sibling. Still acts one way with one, who appropriately reports her condition to the others, and when a second child calls, she does a 180 and each of her children wonders if they got it wrong.

My book The Fifth Sister has put me in contact with people who remain loyal to the gaslighters. Not many, but enough. They would seek to hold the pages of my past for me to read, as Wendell Berry says, only I am not ashamed. Regret, yes. Loss, yes. Grief, yes. But shame? No.

I am proud to thrive.