You are here: Home / Black Lives Matter / Do You Have Leprosy? The Color of Skin 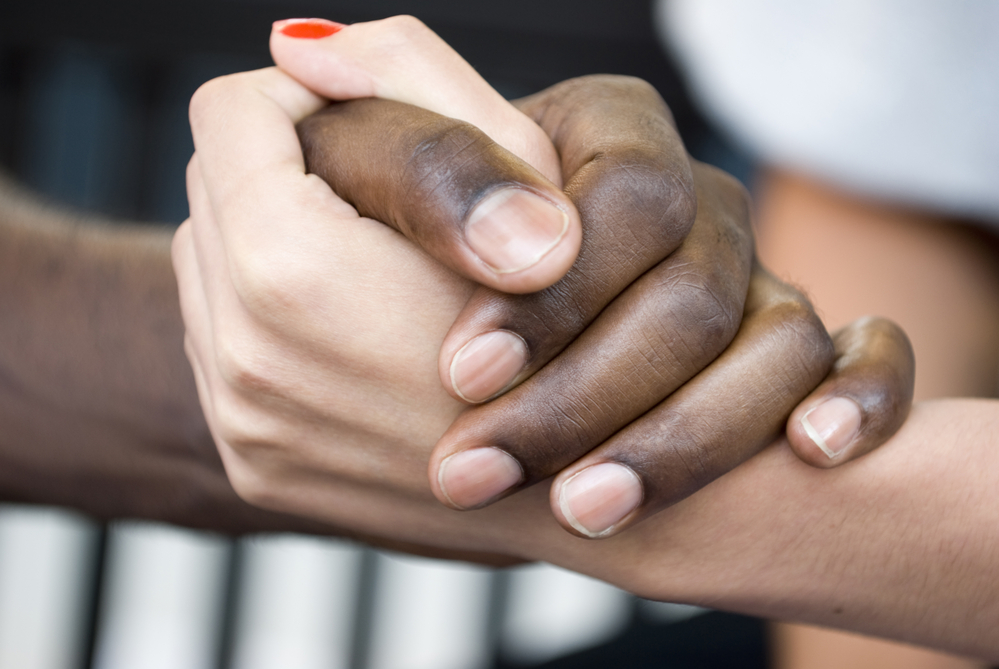 They pinched my skin, the tender underside of my arm, and asked if I had leprosy, their dark skin a sharp contrast to my own. Deep in the heart of east Africa we had been invited to open schools and clinics. Our family was the first white family this people had ever seen. They looked at my blue eyes and wondered if I was of the devil. We were an infinitesimal minority amongst a quarter of a million souls on that plateau.

Though born in America, my formative years were spent in Ethiopia. My husband says I’m more African than American at heart. He’s right. But I had privilege even there, for our work was to educate and provide medical care. Yet that beautiful culture informed my life, and that nation’s people became my family.

All my life I have been drawn to cultures different than my own. I am comfortable around diverse ethnicities. I love hearing myriad languages spoken. I used to speak several. I even dreamt in Amharic so thoroughly enmeshed was I in their culture. When one lives in a society thousands of years old, in the only country on Africa’s continent never colonized, one understands the vine like connection of history.

I think I would have made an excellent, if spicy, suffragette. I know I would have followed Abraham Lincoln and his Emancipation Proclamation (January 1, 1863) to the death to abolish slavery. That schism of belief, the right to own another human being, was fiercely fought. Our civil war cost us over 500 deaths a day. 2.5% of our population died in that war. If that war was fought today 7 million of us would die. There was a 1 in 5 average death rate for all soldiers, union or confederate.

The very idea of racism stuns me, though I am aware the injustices of it are deeply furrowed in the fabric of America’s culture. I mourn unjust death of any kind, but the murder of George Floyd had me breathlessly heartbroken. I couldn’t speak. Could barely think. It wounded me to the core. It speaks to the darkest part of the soul of our country. His death has given millions voice. Personal stories give depth of meaning and teach us how, in America, black people’s lives differ from ours.

When tragedy occurs whether it’s mass murder at a school shooting, or genocide of innocents by those in power, or the beheading of a fourteen year old girl by her father in a so called mercy killing on June 7th, 2020, to the invidious injustices of poverty, sexual abuse, overt racism, child abuse, rape, abuse of power, what happens? Some take immediately to social media. Some wait days to process and then respond. Some discuss thoughts and feelings quietly with family and friends. Some gently (or maybe not so gently) challenge colleagues, or friends, or family about their indifference, or apathy. Some research and learn to gain understanding. Some become deeply depressed at the layers and layers of change that need to be made. Some despair that substantive change can occur at all. Others think lasting change will require decades. Let’s be gentle with each other, without judgment. Your way may not be my way. Mine, unlikely to be yours. We need each other. Especially now. Perhaps more than ever before.

The entire issue of injustice is deeply embedded in my soul. I’m an activist for this reason. And, all injustice is nuanced. Racism is nuanced, multilayered, filled with history both pervasive and invasive in our society. Child sexual abuse is another invasive, pervasive injustice. Poverty another. Marginalized populations another. Human trafficking still another. Man’s inhumanity to man astounds me. When I look at this list (non-exhaustive to be sure) of destitutions I am overwhelmed.

I am particularly gratified to see people in other countries rising with voice against the repugnant horrors of slavery and its indelible imprint on our society. Please take a moment to look at this two minute video documentary of the slave trade worldwide beginning as early as the 1500s. It’s stunning. Pause the graphic and click on any one of the circles and it will tell you where the slaver kidnapped the unsuspecting people, how many were aboard, and how many lived to be sold. It made me nauseous. That other countries erected statues celebrating slave traders makes me shudder in revulsion.

We, as a nation, have made progress. But there is much work still to be done. As Tim Cook so eloquently said, “George Floyd’s death is shocking and tragic proof that we must aim far higher than a ‘normal’ future, and build one that lives up to the highest ideals of equality and justice.”

I would be rendered immobile without hope, but I have reason to hope. Regardless of the method of managing through the tragedy of George Floyd’s murder, and others who have gone before him; or after climbing out of a pit of despair at the enormity of what lies before us, I believe that at the heart of our people, goodness reigns. I watched police kneel in solidarity with protestors. African Americans surrounded a white policeman separated from his unit in protection. White people formed a line in front of black people for the same reason. And we are having the necessary conversation. We must keep it going. We must elicit change. By whatever voice we have. Some will march. Some will write. Some will call upon those in power to use their influence for this particular good. Some will quietly support organizations who work ceaselessly to confront racism and other injustices.

One of the most disheartening aspects as we sought equilibrium following George Floyd’s murder was the lack of civil discourse. Let us begin by showing respect for the differing ‘voices’ among us. That was the spark that prompted this article. The “if – then” – isms. If you don’t march, you’re a racist. If you’ve taken a few days to sort out how to say what your heart means, your very silence in that space of time means you don’t care, therefore you’re a racist. If you say nothing, but give money to support those whose voice is clearer, or more articulate than your own, you’re judged an apathetic racist and part of the problem for you chose not to publicly advertise your gift. Those sweeping statements of judgment, generally inaccurate, troubled me. Judgment won’t bring change, it further divides. What will? Open dialogue will. Action will. Understanding of the injustices will. Appropriately asserting pressure for change will.

Respect. Let us show respect for varying voices. Let us honor each others’ talents, our strengths, our resources, our skills differing, for together the sum of us is greater than its parts. God bless America’s people, every one.