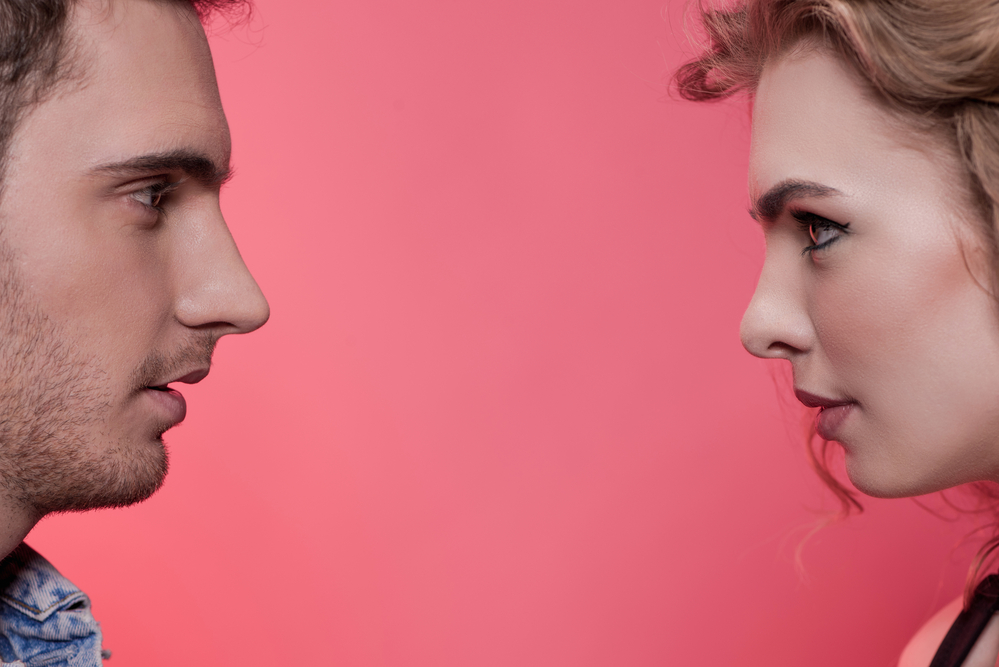 Stella leaned forward, hands clasped, eyes filled with pain as she unfolded another layer of their troubled lives. James sat quietly as he listened, having chosen to be with us on retreat for the sake of their failing marriage. “We have stopped being kind to each other. Our words are harsh, our tone hard. When we yield a point or say ‘I’m sorry’ it’s taken away by ‘I’m sorry, but you make me so damn angry’ or ‘but you know I don’t like when you…’ or ‘I’m sorry. But was it really that big of deal? Because it doesn’t feel like that big a deal.’”

Each partnership is unique, made up of who she is, who he is, and that third self – their marriage. Yet there are universal tripwires in relationship and ‘but’ is one of them.

‘But’ is a nice little word, a conjunction meant to connect or contrast two different ideas in one statement, and when used correctly is innocuous enough. Often, in our use of that easy-to-spell word, we use it in ways that at best keep us from communicating effectively, and at worst dismiss the person we use it against.

When Martin said, “I love it that you’re outgoing. It’s one of the things that drew me to you in the first place. But do you have to hug everyone you see?” Ruth bristled. Easy to see why, yes? In her eyes (and most of ours) the first statement was not nearly as important as the second. He invalidated his first statement with the use of ‘but’ and she discarded it as having any real worth by the use of his segue.

Used this way, ‘but’ effectively stops dialogue cold. People tend not to hear the ‘throw-away’ phrase or phrases that come in front of ‘but.’ ‘But’ impacts the other person’s ability to keep both phrases in the same head space. As such, it influences the other person’s thinking negatively. “They didn’t really mean the first part” is the message received.

We suggest couples lose the word entirely. In marriage, or in community, or positions of authority, such as a boss, or teacher, or a parent the goal is effective communication. Positive influence. Affecting change.

We follow up with our retreat clients six weeks afterwards to see how the practice of their new ‘we’ is going. What’s working? What needs adjustment? In one such follow-up call, this brilliant scientist husband said, “Not liking ‘and.’ I like black and white. Right or wrong. Using ‘and’ instead of ‘but’ takes us into gray territory, and that scares the crap out of me.”

He’s right, of course. ‘And’ takes us into shades of gray. The rules in gray are less well defined, a bit foggy. Uncharted seas for most of us. Gray can feel like Mr. Toad’s wild ride. Right/wrong; either/or; black/white thinking is the greatest limitation in our ability to grow. Consider: A dialectic says that two truths can be true simultaneously, even if those two truths seem to oppose one another. Try that one on for size! Oh, and don’t bother with those watered-down versions of ‘but’ – ‘however’ or ‘and yet.’ Ditch those too.

Enter the word ‘and.’ Who knew? ‘And’ allows both statements to be true. It enhances rapport. Alison turned to her life partner and said, “Thank you for telling me, when I asked, where the pattern of just walking away mid-sentence came from. But when you…” she stopped, took a deep breath, lifted her eyes and said, “I want to start that again.” She faced her partner, paused, then said, “Thank you for being vulnerable with me. I love you for it. And when you walk away, I think I feel the same way you might have felt when your dad did it to you. Rejected. A little scared. Unsure.” A quick nod, eyes glistening with tears, they reached for each other and held themselves in a gentle hug of deep understanding.

When you say ‘and’ it allows that both comments have validity. It improves communication for it keeps the listener’s mind open and focused on what’s to be said next with anticipation rather than dread.

Here are examples exchanging ‘but’ with ‘and.’

Why make such a fuss about one little word? It’s an agile bantam word, used as the aforementioned conjunction, but it’s also a preposition, an adverb and a noun. Here, though, it packs a whale of a punch. Is there an alternative to scrapping the ‘b’ word altogether?

There is nothing inherently wrong with ‘but’ and it can be useful when used correctly as in taking a negative into a positive.

Words shape our understanding. Language becomes our experience. In the end, we are responsible for the impact of our communication. Let’s make it count.

And I kinda like the pared down shape of my ‘but.’