You are here: Home / Child Sexual Abuse / Lolita? I Don’t Think So 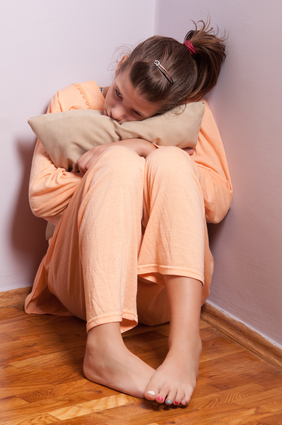 In a discussion with my first husband about my dad impregnating my sister, his comment was, “She probably tried to seduce him.” I’m sure I hissed in stunned horror. And then he followed with, “Well, she WAS thirteen.”

I wanted to scream, or run endlessly to subdue the rush of angry feelings that someone could be so ignorant, so insensitive to the devastation this girl experienced – her childhood interrupted, her innocence betrayed.

I don’t know when my father “bent” or why. I asked the question endlessly while in therapy. If I could understand it, I could more readily deal with it. Right? Was it because his own father was killed in an auto/horse drawn wagon accident when he was four? Or, that his widowed mom struggled valiantly to feed and clothe eight children? I will never know.

Normal, healthy men can’t imagine hurting a child. They can’t imagine anyone desiring one. These good men love their wives, adore their children, and seek to protect them from harm of any kind. Good men fracture inside when they learn a child has been molested. I know a man whose granddaughter had just revealed her incest. You have to hold such men down, metaphorically – and sometimes not metaphorically – in their rage at the perpetrator for the harm to their own flesh and blood.

I’m going to call it the Lolita Myth. While it is a sad truth that there are those who desire prepubescent girls, and that there are girls who seek affection inappropriately, there is no gray area about an adult having sex (the law calls it rape) with a minor. No ambiguity. Lolita has been used by weak men/women looking to excuse their behavior.

“No adult is so weak that he (or she) is powerless to refuse sexual temptation, much less from a child. As powerful as the libido is, it is not so strong as to trump the will. Testosterone may drive desire, but unless a man has sustained significant trauma to the moral center of his brain, hormones can’t override the power to choose. (Hint: an erection doesn’t constitute significant trauma to the right temporo-parietal junction.)” Hugo Schwyzer

My sister didn’t ask to be adopted into our family. She didn’t ask to be groomed for incest. She was a little girl coerced into a crazy making vortex. My mother, who blamed her, compounded her victimization by rejecting her and sending her away. I found a photo recently, of a first group picture at boarding school. It made me cry…her little shoulders hunched, trying for a smile, the smallest of her class. My sister loved my dad and hated him. She loved my mom and hated her. Incest is complicated.

There are those skilled at untangling the plethora of emotions amongst a family system rent asunder by a crime against a child: child psychologists, family therapists, licensed clinical social workers, psychiatrist nurse practitioners, and others. We who stand as guardians of children must listen well and love long. This will help them heal.

My sister was no Lolita. There is no Lolita. Sexual abuse is never – ever – a child’s fault.