You are here: Home / authentic / On Worry 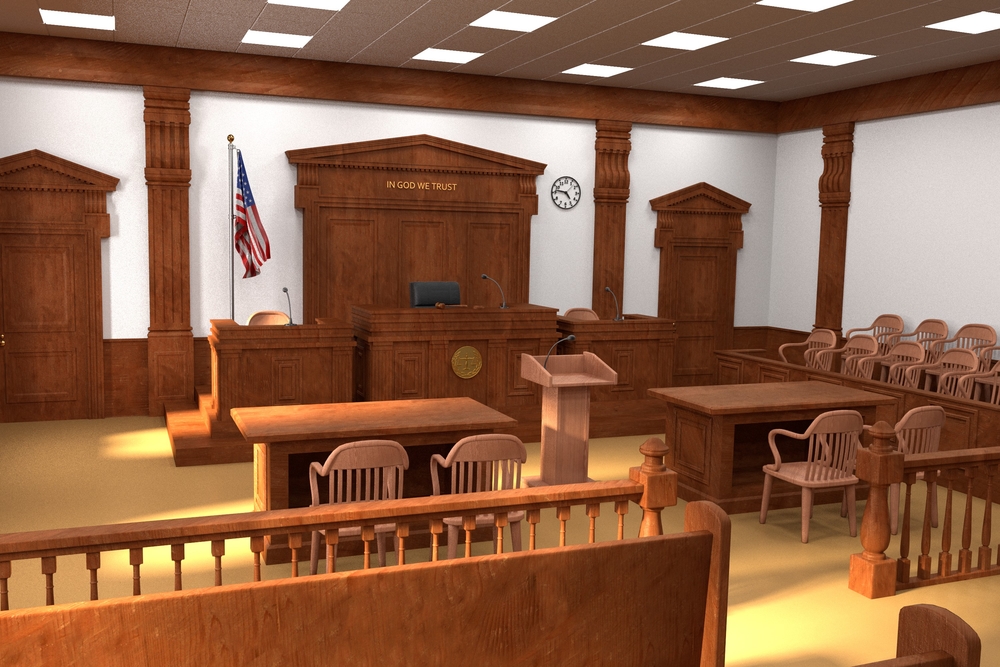 The knock on the door was innocuous enough. I scooted back from the dinner table and said, “hold that thought” to my son and mused as I walked to the door that I would make that Thai stir fry again. Worth it.

“Consider yourself served.” He thrust a packet of papers at me, turned abruptly and hurried to the street.

Time arrested, as in disbelief I scanned official documents stating that in this new state where I’d moved with my children, my ex-husband had filed suit against me yet again … unfit mother. He would settle for no less than sole custody. I’m unsure how much time lapsed, as my mind careened through history, our legal battle fought and won in California. Déjà vu should remind one of lovely happenstance. Not this. My whole body trembled, for with dizzying clarity I knew we would once again be at war. My children would be collateral damage, as they had been before.

When my ex had moved, I was free to do so with my children. A fresh start. What better chance to heal trauma than a new, peaceful, carefree existence elsewhere? A new and different state. Away. And now this. My heart took a tectonic hit.

Wide frightened eyes probed mine as I turned to my children. Stunned to speechlessness, I willed synapses to fire again. My eyes filled with tears as I put my hand to my mouth quelling a sob. My precious wounded children would face another trial. How much more could they bear? Stand in your truth.

“He,” they’d know who, “wants custody.” I struggled to find some assurance for them, but we’d done this before. They also knew truth.

“NO!” my daughter shouted, knocking over her chair as she bolted to her room.

In my mind, this Mama Bear was caged. “I’ve got your back.” Or “I’ll protect you.” Or “I won’t let anything happen to you.” These were not words of reassurance I could speak in truth anymore, for the system had us now. “I love you.” “I’m sorry.” These words wouldn’t warm the heart, or soften the blow our newly created world had just sustained.

Holding my two, I told them what I could. “We’ll get through this together. I’m smart, I’m thoughtful, and I’m wiser now. I’ll do everything in my power to hold us together.”

That night all that had gone wrong the first time (The Fifth Sister) drummed an incessant monsoon in my head. And I, like my daughter, chanted ‘no, no, NO.’ To see their fear, their wounded eyes, to hold my children’s trembling bodies, and then see their resignation – that one killed me. Brought me to my knees. He had moved to our state, and filed suit. States, at that time, had no reciprocity. I hated David Bauer like I had never hated before.

Winston Churchill described worry as a thin stream of fear trickling through the mind that, if encouraged, cuts a channel into which all other thoughts are drained. That night, I thought I might lose my mind into that channel, with the enormity of what was again going to happen.

In the middle of the night I got out of bed, and began strategizing. I made lists of people I’d need. An attorney licensed in this state. A forensic child psychologist. I’d bring my expert witnesses from the first trial to this one. I’d find a way to get past David’s “ah shucks, toe in sand” demeanor for the court to see the man behind the façade. My emotions and mind tilted back into alignment.

David hired the most prestigious law firm in town. I went on a search for someone who took pride in championing the underdog, and found an amazing Native American. I gave him the California court documents, transcripts, depositions, counselors’ findings, police reports – all of it. Help me, I asked of him.

“I’ll do it,” Jim Nashoba said a week later, and the low level of anxiety I’d carried eased just a little. We met again. He detailed beginning strategy, and began filing motions. He met with the children to help ease their terror of attorneys. He had kids of his own. He was calm, assured, and funny.

Our little family kept on keeping on, but no longer were we carefree. We were again under siege. There were counselors for my children to see for health, others who interviewed them for psychological evaluation. In total, during the course of the two lawsuits, the kids were evaluated 13 times. David was rarely satisfied with a result and would file a motion for someone new to re-do what others had done. Finally, this court appointed an evaluator of their own, and David, the children and I were seen separately by him.

The wheels of justice ground slowly. We had a couple of hearings, and the court at long last set a date for trial. We choreographed witnesses, plane tickets, accommodations, shuttles to and from the airport, and times to be in the hallway for court. The financial costs were staggering, as this was on me. All of it. My attorney, Jim, and I hoped to keep the children from the courtroom, but they needed to be in the wings should the judge want to hear from them.

Our day in court arrived. One of our expert witnesses, Brandy, hugged my daughter, Kelsey, and gave her a smooth rock. She was to put it in her pocket and hold it, if she got scared, and remember that Brandy was standing up for her. Jim arrived, we shook hands, and he said, “Showtime.”

David took the stand. He was in good form, humble, quiet, professing his sorrow about his felt need to proceed with the suit for custody, and gave a convincing – if erroneous – account of my precarious mental state, our history, my shortcomings as a person, and therefore mother. His attorney guided him expertly toward their goal of sole custody.

I waited, taking notes. Having heard all this before I was more easily able to deflect the lie-darts. I felt fairly confident the children would not be taken from me. What I didn’t know was how much visitation David would be awarded, if any.

Jim paused, glanced at his notebook, and looked up. “Mr. Bauer,” and he began taking him easily through statements made, asking for clarification from time to time, setting a relaxed pace. David sat back, ankle crossed on his knee, arms resting comfortably, in the chair. In an abrupt change of direction, Jim said, “Mr. Bauer, referencing your statement that you could never have hurt my client, can you explain the police photographs and doctor’s examination of my client following an encounter on October 14th, three years ago?”

“She bruises easily. We were just horsing around.”

“Horsing around? Is that what you call battering your wife?”

But, David was angry. A muscle pulsed in his cheek. He leaned forward, ignoring his attorney, “I never hurt my wife!”

“No? I’m curious about your reaction then to the photos taken by the Huntington Beach Police Department, with a bruise to her left cheek, and a split lip. Then there’s another one – showing the knot on her head where you punched her – and …”

“Those photos were never admitted into evidence!” David shouted before the judge could rule on the objection.

I leaned back, incredulous. “Bingo,” the thought whispered, and I willed myself not to display that delicious Cheshire cat smile that bloomed deep in my heart and threatened to spill over onto my face. Acknowledgement. But my attorney wasn’t finished.

“No, they weren’t, were they, Mr. Bauer, because you were already in contempt of court for touching your wife in any way. But that didn’t stop you, did it? Did you break the lock on her door and attempt to rape her?”

David was out of his chair, “She was my wife! It was my right, you son of a bitch!”

His leg was over the rail, when the judge said, “Bailiff.” David’s attorney stood, ordering him to take a seat. David’s rage slid away like butter on a hot knife. He attempted an affable look, but there he was with his leg over the rail. His attorney asked for a recess.

When we reconvened, Jim finished cross-examining a substantially subdued David. I took the stand, as did each of my expert witnesses. The judge said he had all he needed, and released the children from the hallway to go home. He paused in the formality, and asked a few additional questions of two of my experts, then thanked us and said that he had received the evaluation of his chosen psychologist. He would give us an answer pending his review of all evidence.

Had it been appropriate to throw my arms around Jim and give him a hug, I would have. He was incredible at bringing out each nuance of my witnesses, of nailing the fundamental issues at stake.

The judge ruled in favor of recommendations by my experts and the court’s own: David was to put himself into rage management therapy and parenting classes; and personal psychotherapy for not less than a year, at which time he would be evaluated by a member chosen by the court. Until he did, he would not be able to see his children. He chose to not take the court’s recommendations.

It took a very long time for our family to lose the sense of hyper vigilance. Not to startle at an unexpected knock at the door. Not to have a fissure of fear slice through well being as an unknown adult approached the house, only to find he wondered if we’d like to join a neighborhood get-together.

Slowly the children made friends in the neighborhood. It was a good, inclusive, kid filled area. Long summer days found them playing endless games on the trampoline, taking hikes in the hills, enjoying the lake, and back yard BBQ’s. Summer nights they played kick-the-can in the street. Homemade donuts and hot apple cider warmed us as we walked through snow on Christmas Eve and watched a helicopter pull Santa’s reindeer and gift-filled sleigh across the sky to the wonder of little ones bundled up to catch a glimpse.

I began to trust the system that afforded us safety when I was notified each time David disobeyed the court and attempted contact with the children at their school. The school secured their safety and campus security escorted him off the premises.

I learned that worry was a prelude to fear. That fear halted everything in me but the frantic thunder of my heart attempting to beat its way out of my body. That trauma affects not only the heart and mind, but the body as well. In an effort to regain balance in mind, body and spirit, I learned to stop the trickle of worry before it became a channel into which rational thought drained, and terror reigned. Even now, when worry tricks me with a flash flood, instead of the insidious trickle, I pick up pen and paper, and engage my mind.

Brandy attended my daughter’s wedding, years later. On that day, Kelsey returned the very rock Brandy had given her in the courthouse. She had no need of it any longer, she said. Brandy has it on a shelf in her living room – a testament to advocacy, speaking truth, facing fear, conquering worry – or at least managing it.