You are here: Home / Child Sexual Abuse / The Only Way Out – Is Through 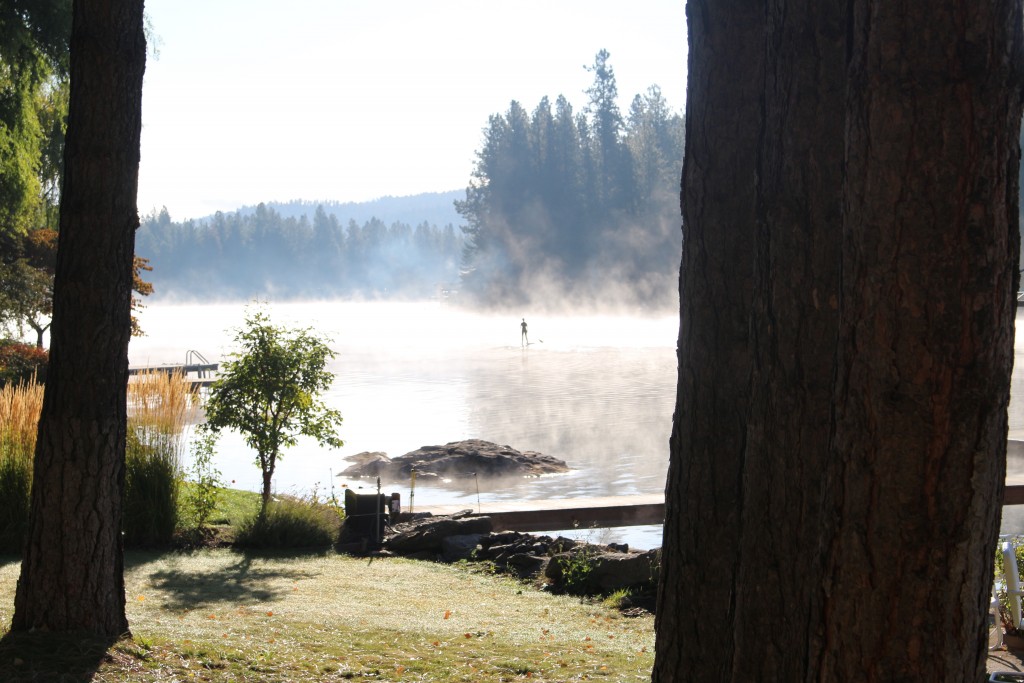 The other day the river invited me to play. I fetched my paddle board, opted against a wetsuit given the sunny day, strapped the leash to my right ankle, and took off. It was a perfect morning. Fluffy clouds dotted an azure sky, the air was calm, the water mirror smooth.

I headed east, against the current. The normal zen that comes with being at one with nature took hold, and I plied the river in complete solitude. Forty minutes into my river run I reversed direction for home and stared with disbelief at the sky. Dark clouds had replaced fluffy ones. Fifty yards ahead, wind skiffed water into hostile little waves, caught up with me, whipped at my hat, and blew against my paddle.

And then? It got worse. As the river roiled angrily, my board was swamped again and again. When I lifted my paddle from the water, gusts of spray-laden wind turned my board breech against the river’s current. I had no phone. I tried to paddle to a dock, thinking I could call my husband to come collect me from the storm, but I couldn’t cross the current. More, these were summer homes with no one yet living in them.

I battled on, and for the first time in my life, I wondered if I would make it. This wasn’t forecast. The river claims a life or two each year.

Lightning streaked the sky, trees along the shore shuddered. In a thunderstorm where do you NOT want to be? On water. I repeated to myself, “the only way out is through, Laura, the only way out is through.” Each time I switched sides with my paddle I lost momentum. I sorted out that when a gust swirled past me, I’d get ten or twelve normal pulls on the paddle before the next one, so I’d surge forward, and then fight to hold position.

Two and a half hours later (this should have taken thirty minutes) my board and I cut across an eddy caused by the little island, into our little cove. How lucky I was.

But what about when life swirls a vortex around you? The only one way out is – through.

I’ve been in that emotional place numerous times. Some were less epic than others. My first instinct is to run. I’m fairly conflict aversive. Do I really have to do this? Is there any other way? But sometimes, when the stakes are high enough, the only way out IS through.

Or, of a mother who battles on her children’s behalf in the court systems. Once that phone call has been made to report molestation, and the system gets involved, they are carried along a slow moving river with a timing not of their own choosing.

Regardless of what brings you into the storm, physically, emotionally, psychologically, or spiritually, stay strong by reminding yourself – the only way out, is through.

Do it! You’re strong enough.